This project proposes developing a test-bed framework for creating a federated NFV test capability that will be hosted by a number of companies in the OPNFV community. We have at least 1 volunteer party in each of Asia, Europe and US at this time. The volunteer parties will be responsible to setup, operate, and maintain these test-beds in a way that is consistent with the proposed OPNFV test-bed framework. 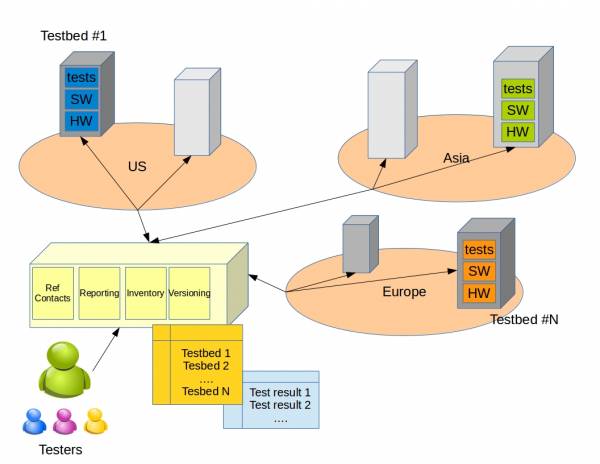 There are many reasons that community testbeds are important resources to the success of the OPNFV mission. Here are just to name a few (and by no means exhaustive):

The following projects are envisaged to be executed using the proposed test-bed infrastructure, however are not considered integral to this proposal (these will be submitted as a separate project proposal)

This project has the following dependencies

The primary documentation is the wiki pages, including the user guide for the testbeds.