The OpenContrail Quickstart project in OPNFV is intended to allow users to explore a number of OPNFV use cases using a software stack that leverages overlay networking between virtual machines and uses a standards based control plane.

The software stack will be composed of the following software modules:

The software stack will be deployable in a variety of scales; from an all-in-one system that can run on a laptop, to larger scale multi-server deployments that more closely mimic production environments.

Documentation and scripts will be provided with the OpenContrail software stack that will allow automated configuration of virtual machines and network policies that will illustrate how overlay networking can be applied in a number of use cases including:

The use cases include scenarios, like service chaining, path visualization and flow mirroring, that are not supported in OpenStack natively. The Contrail controller provides support for these via its GUI and API.

Additionally, gateway use cases will be supported using the Simple Gateway feature of OpenContrail or using a virtualized or physical router if one is available. Instructions will be provided to enable VMs on virtual networks to be accessible externally using public IP addresses, and to demonstrate vCPE use cases using a simple virtualized firewall service.

The deployment options are illustrated below: 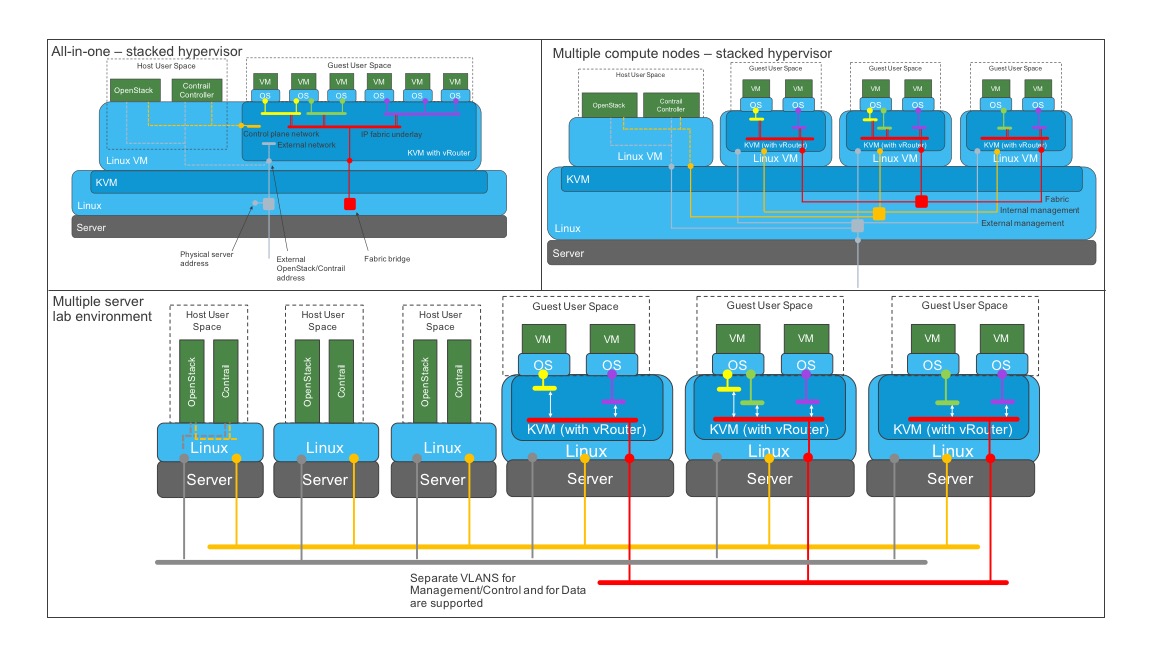 OpenContrail Quickstart deployments can be connected to other networks using several gateway options, illustrated below: 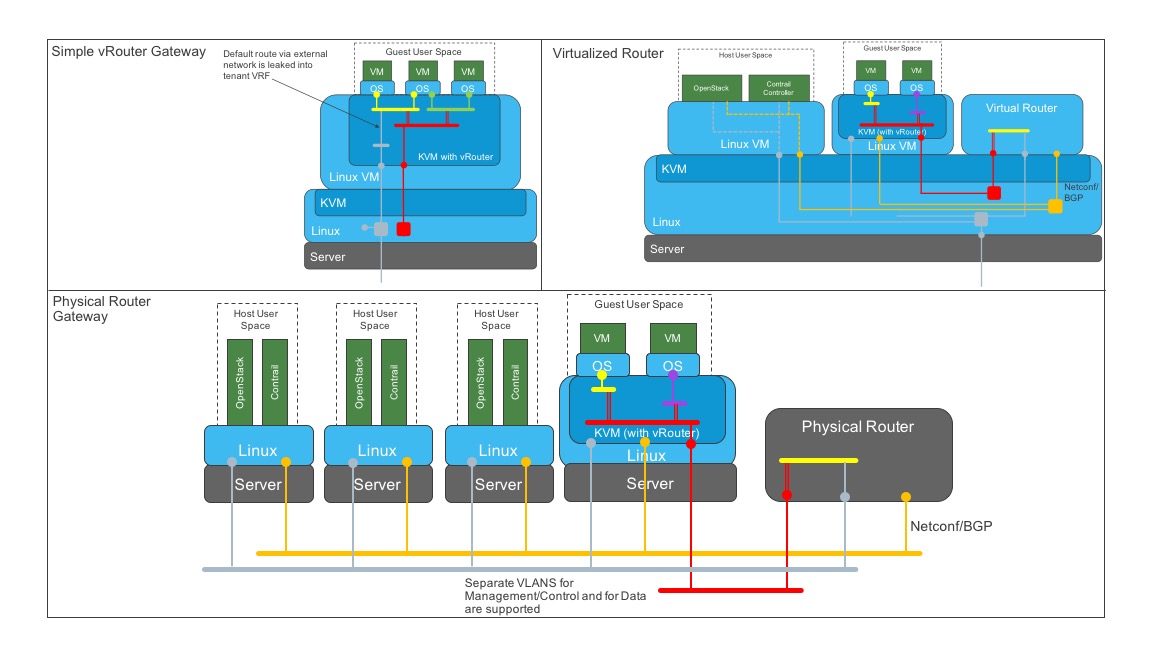 The gateway options are:

In the second and third cases, the router peers with the Contrail controller using BGP, and a VRF is configured on the gateway with a matching route target of a virtual network in Contrail.

This project is specifically for installation of laptop and small lab systems to allow exploration of features. A separate project will be initiated whose scope will include integration of the OpenContrail stack components into Octopus CI and OSCAR systems, and this will be used for deployment of production systems.

This project has dependencies on its upstream projects