In the traditional Telco operator’s network, the service (software) is often bound with dedicated hardware and platform. It is easy to upgrade the whole system on demand. In some cases, software or system update called ISSU (In-Service Software Update) could be done without service interruption.

With the technical benefit of virtualization, NFV framework provides a scalable container for each VNF (service software), and de-couples them from the platform and hardware (NFVI).

As we know, OPNFV is committed to provide an open source platform implementation of NFVI and VIM to host Telco services / Network Functions. Currently more than 10 projects have been approved, and more proposals have been created. There will be 2 OPNFV release version per year, just like Openstack community. 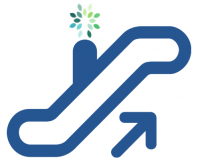 This project is aiming to identify the user requirements on smooth upgrade the NFVI and VIM from one version to another. Such as:

This project will identify the gaps from the user requirements to the approved OPNFV projects and other upstream projects.

This project will provide a requirement document on NFVI and VIM upgrading.

Based on the output of this project, we may propose another project on the reference design and implementation on smooth upgrade of NFVI and VIM.